We're not just for Lutherans! 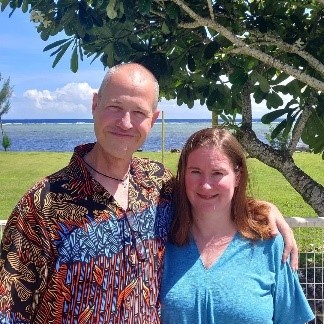 Pastor Sean Dougherty and his wife of 24 years, Katryn, moved to Guam in July 2020 from Pennsylvania.

“Katryn and I are very excited by LCG’s call to serve and worship among all those who proclaim Christ as savior, who desire to know more about our Lord, and who wish to experience the power of God’s Spirit,” he said. “We are excited to learn about Guam’s cultures and grow with God’s people here.”

He gives God the glory for calling him — through his wife and through the Black Sheep Motorcycle Ministry, a motorcycle club dedicated to sharing the Gospel — to do His work. Sean and Katryn, better known as “Kat and Dog” in the biking community, enjoy riding his motorcycles across the country and, soon, across the island.

In addition to his master’s, Pastor Sean holds a bachelor’s degree in computer engineering and is looking forward to finishing his doctorate in supernatural ministry through distance learning with the United Theological Seminary.

They welcome you to the Lutheran Church of Guam to “come as you are and leave changed by Christ.”

LCG has called and commissioned these individuals to serve in the capacity as pastor in the absence of or in place of an ordained pastor.

Charles “Chuck” Hardy came to Guam in August 1984. He has a bachelor’s degree in Broadfield Music Education from Mount Scenario College in Ladysmith, Wisc., which is 40 miles north of his hometown of Cadott, Wisc. He has been the band director of Simon Sanchez High School in Guam for the last 34 years. 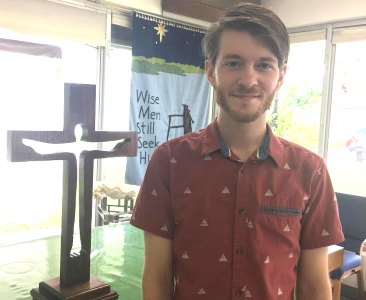 Kevin Patrick Graham is originally from Pella, Iowa, but moved to Guam in 2010 to attend Pacific Islands University, where he obtained a bachelor’s degree in Biblical studies in 2013. In 2012 he married his wife, Diana, in the Philippines. He enjoys singing, composing, and playing guitar. Kevin also serves as music director.

Jeff Moots grew up in Gallup, New Mexico, and holds a bachelor’s from New Mexico State University and a juris doctorate from Washburn University School of Law. After living on Saipan, he and his wife, Kate, moved to Guam in February 2006, where he now works as an attorney. They joined LCG in 2007.

Kevin Patrick Graham is originally from Pella, Iowa, but moved to Guam in 2010 to attend Pacific Islands University, where he obtained a bachelor’s degree in Biblical studies in 2013. In 2012 he married his wife, Diana, in the Philippines. He enjoys singing, composing, and playing guitar. Kevin also serves as a lay pastor. 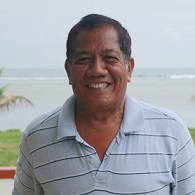 Fidel Sales grew up in the Philippines but emigrated to Guam many years ago as a construction worker. A few years later, Fidel found a job as a maintenance specialist in the Dental Department of the Government of Guam’s Department of Public Health, where his hard work earned him “Employee of the Year” status throughout the agency. He worked there for many years and retired at the end of 2008. Fidel and his wife, Juanita, have three adult children and two grandchildren. The Sales family is Roman Catholic. 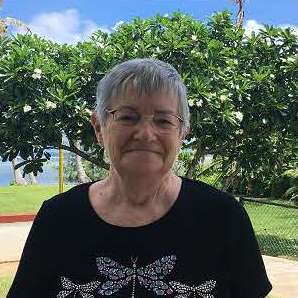 Jeanette Perry serves as our accompanist for our traditional service.

Jacob “Jayke” Mafnas is a self-taught musician since 1993. His love for piano and flute inspired him to become a liturgical musician with many churches in Guam and California. His passion for marching band has allowed him to be a director for the 2008 Beijing Olympics alongside the Guam Territorial Band, where they performed as part of a 2,000-piece ensemble with other participating countries for the event. Jayke continues to lead as a pastoral musician and is a founding musician of the liturgical group Reverence. 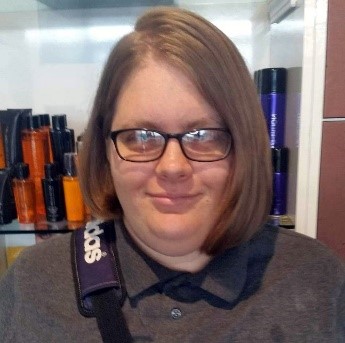 Clara Hardy is a lifelong member of LCG, having been baptized and confirmed and having received her first communion at LCG. She was also a graduate of Tender Shepherd Preschool. She serves the church by cleaning the sanctuary and facilities on Saturdays so it’s ready for worship on Sunday, and she also helps prepare fellowship coffee and drinks each Sunday following service.