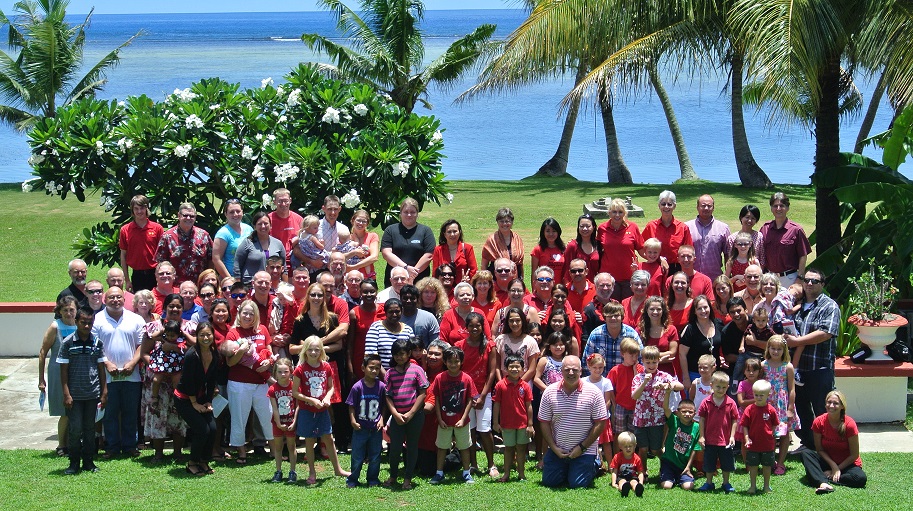 We, the members of the body of Christ,

assembled as the Lutheran Church of Guam,
empowered by the Holy Spirit,
share the Good News of God revealed in Jesus Christ in all we say and do,
both within and outside of our community of faith.
In this effort, we are guided by the Bible and Lutheran tradition,
and are committed to strengthening the family of God
through worship, Christian education, and prayer,
all manifested in love.

In spite of its many transient memberships, by the grace of God LCG grew and in 1972 a parish hall was dedicated for the mission purposes of preschool classes, Sunday school classes, prayer gatherings, confirmation classes and fellowship activities. Since then, the congregation’s outreach ministry of Tender Shepherd Preschool and Child Care has continually served families and their children from two to four or five years of age by providing quality growth in a Christ-centered environment.

Today LCG has contact with nearly every part of the world, having members and visitors from Guam, the United States, Japan, Indonesia, Micronesia, the Philippines, Palau, India, China, Korea, Australia, the Netherlands, Germany, the Marshall Islands, Taiwan, and more. Its membership is made up of people from diverse denominational backgrounds, other religious backgrounds, and some traditional Lutheran upbringing.  Our church slogan, “We’re not just for Lutherans!” describes our reflection of the diversity of God’s people, though we also reflect unity as we come together to celebrate the new life that we share in Jesus Christ. We are rooted first in the Bible as God’s living word, looking through the lens of the reforms of Martin Luther.